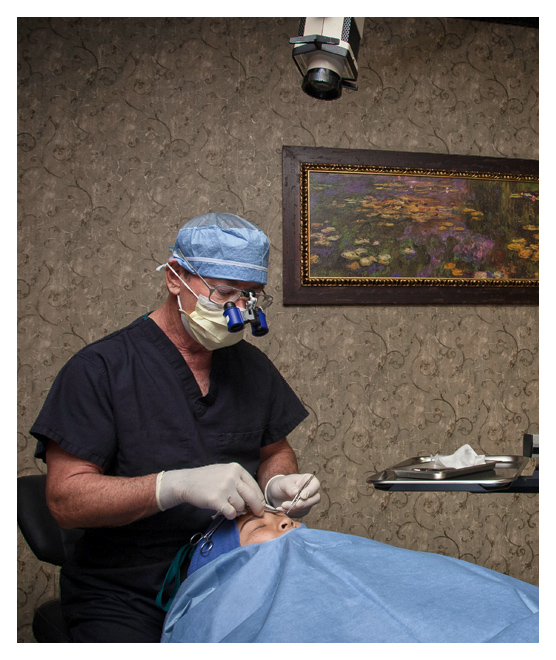 Born in Milwaukee, Wisconsin, Jeff Edelstein attended the University of Wisconsin-Milwaukee and completed a Bachelor of Science degree in 1976. He also attended the Wisconsin Conservatory of Music, where he studied folk guitar, and then went on to attend Medical School at the University of Wisconsin-Madison through 1981. He interned at West Suburban Hospital in Oak Park, Illinois and completed a residency in ophthalmology at Henry Ford Hospital in Detroit, Michigan.

Dr. Edelstein headed west to Arizona in 1985, where he worked as a fellow in ophthalmic plastic surgery at the University of Arizona.  The sub-specialty training he received under the guidance of Robert Dryden, M.D. allowed him to appreciate the anatomic approach to cosmetic and functional surgery.  This became the basis for his ability to tailor each surgery to the individual and create a natural appearance.  Jeff retains a faculty position in the Department of Ophthalmology as a Clinical Lecturer at the University of Arizona. He then opened his private practice in Mesa, Arizona in 1987, and has been helping patients ever since.

Dr. Edelstein has decades of Oculoplastic experience and is committed to providing exceptional diagnosis and treatment of his patients. His commitment to excellence reaches into the community through his affiliations with the University of Arizona as a Clinical Instructor, an Arizona Councilor for the American Academy of Ophthalmology(2002-2008), former President of the Arizona Ophthalmological Society (2001-2003), a member of the Barrow CranioFacial Center, and as one of the physicians for the Phoenix Coyotes NHL Hockey team. He is a Fellow of the prestigious American and European Societies of Ophthalmic Plastic and Reconstructive Surgeons and carries credentials at numerous hospitals and ambulatory surgical facilities in the Phoenix area.

American Board of Ophthalmology – 1986

“Professional staff, friendly and attentive, made me feel comfortable. Thank you.”

“Best most wonderful medical office I’ve ever been in – all 3 of you make me feel very special and honored.”

“I have no suggestions, only compliments. The young ladies out front were excellent. Dr. Edelstein was polite, professional and made my eye surgery a great experience. I found himi to be a very nice person, even though he is a “Packer Backer.” Thank you.

“I am 91 years old and apprehensive about surgery of any kind. Everyone was so kind and helpful I felt I was in good hands and was relaxed. I especially appreciated Dr. Edelstein’s call the evening of surgery. I’ve had calls from a doctor’s staff, but he’s the first MD to call me.”

“I was very pleased with the pre-op and the operation. Also, the concern you showed for me and my wife.”

“The procedure performed by Dr. Edelstein was exceptional. I cannot find any suggestion on how to improve my overall experience.”

“Perfection is hard to improve on.”

“My wife and I are very, very satisfied. Dr. Edelstein is by far the most competent doctor I have ever had. I wish I could get him into the book; Best Doctors in Arizona.”

“Brandy is GREAT! Dr. Edelstein went over every detail of my procedure with me. He took the time to explain! Dr. Edelstein has a wonderful practice and I will return if needed. I would also refer friends and family.”

“I don’t know how you could possibly improve on perfection. The office staff is courteous, friendly and go above and beyond to help. Patty spent a lot of time with my insurance company getting approval. I received documentation of her calls and we kept well informed. Dr. Edelstein is always dressed very professionally and neatly. He has a nice quiet manner about him and put me at ease. He made me feel like I was important and didn’t act like he was in a rush to get me out the door so he could move on to the next patient. I feel very blessed with my entire experience and will not hesitate to recommend this facility to my friends and relatives. Thank you”

“Your office staff has been extremely friendly and accommodating which has been so helpful. Dr. Edelstein did an excellent job on my surgery. I really appreciate that he made sure my pain and nausea were under control.”

“Absolutely none; everything was wonderful and the staff was outstanding. Furthermore, the staff and the hospital staff were helpful, courteous, friendly and attentive to all our needs, as was Dr. Edelstein.”

“Everybody was great and the front desk girls were so much fun and up beat. I had no pain and although bruising – it was worth it. Thank you.”

“I liked the office people. The procedure was painless and quick. Working great!”

“Thank you Dr. Edelstein for being patient with me and taking the time to fully explain everything in such detail. One of my fears, as an elderly woman, was that there wouldn’t be as much regard to minimize scarring.”

“Keep up the good work!”

“Due to the difficulty of my situation, I think it has gone very well.”

“The doctor and staff were great. Thank you so much!”

“My experience with your office was a pleasant surprise, especially in comparison to other doctor”s offices I have had contact with lately. Dr. “E” took his time, answered my questions, and was very personable.”

“Everybody was so nice to us. Dr. Edelstein sets the atmosphere and his two ladies are great supports to him.”

“Very quick and efficient. Fairly rare to encounter efficiency in the world of medical care. Very little of my time was wasted through all phases of this procedure. I imagine many physicians could have performed my procedure.”

“Everything was done very professionally! Thank you.”

“Very satisfied with the procedure.”

“Very attentive staff and well organized office. Thank you for your care. Will certainly refer if occasion arises.”

“I am completely satisfied. I only regret that I did not have the procedure sooner. Thank you all very much.”

“Dr. Edelstein and his staff were great to work with.”

“Definitely pleased – and happy to recommend Dr. Edelstein to anyone who suggested needing similar surgery or cosmetic issues.”

“My experience was great start to finish. Thank you!”